Here's How To Turn Your Phone Into A Seduction Machine

Get Derek Rake's Step-By-Step "Text Attraction" Formula With Ready-Made, Word-For-Word Text Scripts And Make Her Fall In Love... Using Only Your Phone And Nothing Else 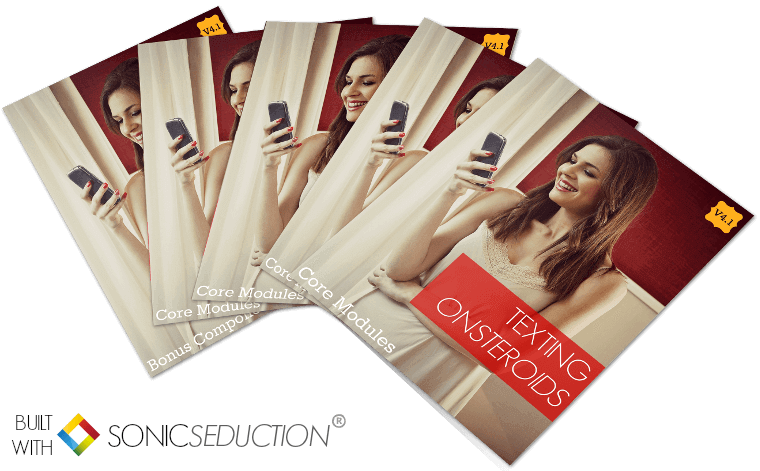 Your will be given immediate access to TextingOnSteroids™ upon successful checkout. Your purchase is protected by Derek Rake's standard 60-day money back guarantee.

The Story Of Joe And His Texting Adventures

Joe (not his real name) is a very unique guy...he has bought every single product that I have ever published. But, he never really used any of it! He felt he was too shy and would never be able to make any of it work in real life.

Yet, like many guys who are having problems with their love lives, he kept buying products and kept studying and learning everything he could get his hands on. 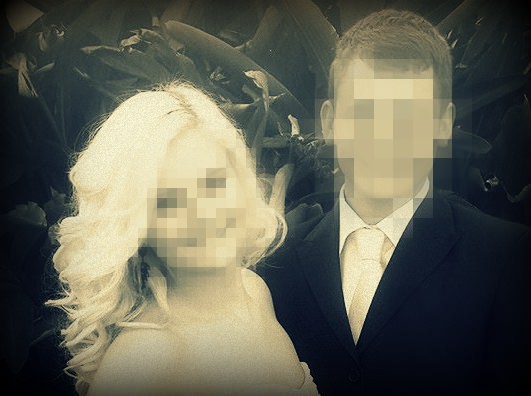 Joe and the bombshell who eventually stalked him!

Finally, he called me up one day and spilled his guts, telling me how nothing would ever work for him because he was too shy... that he didn't even have the confidence to talk freely to a small group consisting of his own friends and relatives.

After chatting for a bit, I asked him this -

"Joe, do you fare any better over the phone?"

He cleared his throat, and answered, "Yes, remarkable better, actually. However, I'm still not good enough, I reckon. I still can't get a girl to be interested enough to go out on a date with me."

Of course, my next question was this -

"Well, heck...how about texting then? Can you do that?"

"Yes, of course," he replied. "I'm comfortable with texting and I use it a lot."

"Okay, tell you what. I'll send you some text messages that I use for my private client practice and you can use them. What you think?"

Joe admitted he didn't think this was even a possibility since texting seems so impersonal, but said that he would give it a shot.

Several weeks later, he called me back, and with very mixed feelings, he told me...

"Derek! It worked but I really don't want to see this girl anymore."

The good news was that Joe was able to use nothing but text messages to go from "first contact" ... and all the way into the bedroom!

(With Joe's permission, I will share the entire blow-by-blow "text conversation" that he used with the girl.)

He had finally broken his dry spell of 6+ months (which was when his ex-girlfriend broke up with him.)

But...he said that he didn't want to see this girl anymore... and although she was a complete bombshell, she turned out to be a psycho possessive stalker that I would constantly warn my clients about.

Bombshell Stalking Me? Blimey, That's A Good Problem To Have!

Joe's "bombshell stalking me" experience is definitely not some extraordinary to me because, let's face it -if you're familiar with my work, then I use some pretty hardcore mind control and deep psychology techniques which some may find objectionable.

My techniques work like gangbusters, and I will not be apologetic about it. After all, my clients pay me good money to help them, and it's therefore my moral responsibility to equip them with the absolute best when it comes to dating and seduction tactics.

Joe's experience has convinced me to put everything together in a neat little package:- all the techniques I taught him, the sample text messages he used as well as an in-depth analysis of what worked for him. After all, I can reach out to more people and help more guys by publishing a digital course than to work on one client at a time.

So here's what you're going to get inside the TextingOnSteroids™ package:-

TextingOnSteroids™ works best on single women. Beyond that, what you do with it is your business - and your responsibility.

We Will Help You In Every Step Of The Way

Get free access to our proprietary DerekRakeHQ coaching platform built specifically for TextingOnSteroids™ buyers. Our team of certified coaches will answer all your questions related to texting in dating - for a lifetime.

The Only Texting Guide You'll Ever Need, Period.

Sharing the same core philosophy behind SonicSeduction™, the TextingOnSteroids™ package is the most complete, specialized guide on texting ever published.

Your purchase is protected by Derek Rake's famous no-qualms 60-day money back guarantee.

ClickBank is the retailer of products on this site. CLICKBANK® is a registered trademark of Click Sales, Inc., a Delaware corporation located at 917 S. Lusk Street, Suite 200, Boise Idaho, 83706, USA and used by permission. ClickBank’s role as retailer does not constitute an endorsement, approval or review of these products or any claim, statement or opinion used in promotion of these products.